Here are some of the main characteristics of the periods that are illustrated in our catalogue by means of a quick historical overview:

Under François I, in the heyday of the Loire Valley chateaux, French Renaissance frames continued to draw inspiration from the Italian style. Following the example of Benvenuto Cellini, the Fountainebleau school basically adopted the central strip reminiscent of architectural structures. Painted or inlaid polychrome decorations were replaced by carved ornaments (pearls, fluting, feuilles d’eau, trails and tracery). Oak, walnut, cherry, ebony and to a lesser extent, blackened pear wood were all used as well as gilded wood.


Seeking to establish their own identity, Louis XIII frames were carved very precisely by the great ornemanistes (Delaporte, Du Cerceau and so on) and were often rather severe. There were diamonds, hangings, rib- bons and plant-based ornaments: fruit, flow- ers or foliage.
The profiles often produced an s-shaped double curve. They are referred to as ogee mouldings. Reverse frames came into being and the burnishing technique for gold leaf using agate (stones) first appeared. The term “frame” in the modern sense of the word, was used for the first time.


Then, under the reign of Louis XIV, Colbert set up the Royal Furniture Factory and the director, Le Brun, imposed a style that reflected the magnificence of the Court. The frame blended in perfectly with the style of the furniture and the general décor, with the splendour of the decorations becoming a form of propaganda for the ‘Sun King’. Nevertheless, balance, symmetry and order were maintained, thereby making this style particularly recognisable.
The frames were produced by talented craftsmen such as Lepautre, de Cotte, Bérain and Audran etc. using darkened, gilded or lightcoloured wood and the ornaments were skilfully carved. The reverse profile was abandoned in favour of flat mouldings which were wider than they were tall, or curvilinear ones that were similar in shape to a quarter concave round moulding. It should be noted that the overriding features of frames from this period were the interwoven trails alternating with scrolling corner and centre volutes, decorated with acanthus leaves, thereby breaking up the linear beading.


The Regency era then added elegant curves and swirls to the sometimes rather uniform and restrained Louis XIV style. While continuing to faithfully portray the image of the gentleman at court and represent his particular values, the craftsman’s creative imagination matched the vision of the painters, architects or gardeners. Ornaments were enriched with juxtaposed fleurons, arabesques and bend rushes. During this period, the irregular rocaille shell appeared which in turn engendered, and gave its name, to the Rococo style. 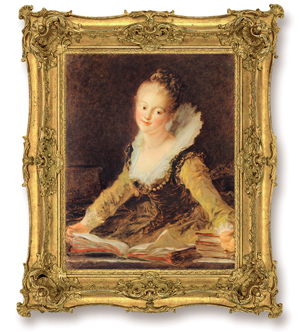 Following on from the Regency period, and breaking away from classicism, the Louis XV style displayed a marked preference for swirling and curving lines. Asymmetrical decorative elements became one of the spe- cific features of the imaginative approach behind this brilliant and refined style. Frames were therefore decorated with ripplets, aquatic decors, lattice work, garlands of flowers or even curlicues, and other shells or trails. The tumultuous swirling lines testify to the skill and riotous talents of the craftsmen concerned. It was their wellnigh excessive feats that really established this particular style, displaying exuberance on a scale that has never been equalled since. 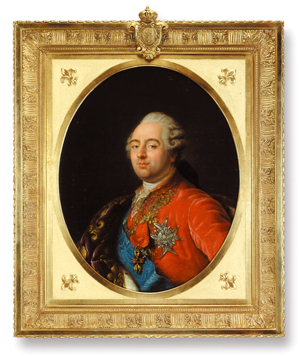 After a transitional period, the Louis XVI style forced a return to more sober standards. The curvaceous lines were gently straightened out and rectangular edges bordered the portraits that were very much in vogue at this time. Ornamental patterns from Ancient Greek and Roman times made a comeback : friezes, rais-de-cœur (leaf-and-tongue), pearls, bows, knotted ribbons, egg-and-dart, rosettes and triglyphs. This style was often repetitive and rather austere, achieving extreme elegance by its restrained style. 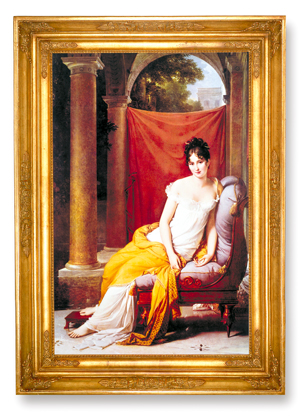 The Directoire (1795-1799) added Egyptian decorations from far-off campaigns to the Greco-Roman ornaments. With the advent of Napoleon and the denial of everything inherited from the Bourbon dynasty, the Empire style was established as a form of propaganda. This style was dominated by linear lines and war ornaments, and maintained its penchant for Antique décor. Laurel and acanthus leaves, bees and palmettes were used to dec- orate the smooth or grooved hollow moulding profiles.
This era witnessed the beginnings of mechanisation. The use of filler and paste to reproduce ornaments heralded the decline of wood carving. 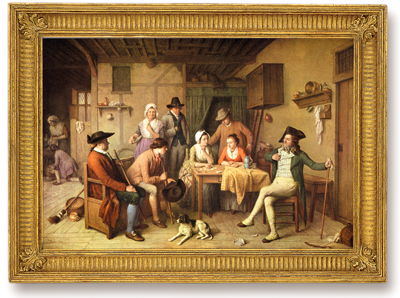 Later, in the XIXth century, the Restauration attempted to re-launch styles from bygone days. Ornaments remained very much in the Empire style, but the lines were softened out and elegance appeared once again. Under Louis Philippe, mass production continued using this approach, but thanks to improved pastes, “patisserie” frames appeared which replaced refinement with clumsiness.

Then, under Napoleon III, who was always keen to hark back to the past, the Renaissance and Louis XV Rocaille styles were copied in an unbridled, unskilled fash- ion. There was even an updated Louis XVIth “Empress” style created for Eugènie of Montijo. During this period, frames and pieces of furniture were also produced using paper maché and decorated with gilded bronze appliqués. The XIXth century was an eclectic period heralding the arrival of Art Nouveau.

Born at the end of the XIXth century, the Art Nouveau style is difficult to define. The Modern style was a more or less happy union between Haute Epoque and exoticism, seeking to be modern and becoming experimental. It showed a distinct preference for turned wood in the form of volutes, and adopted ornaments in the form of stems, reeds, papyrus grass, water lilies, lotus roses and orchids.
The Art Nouveau style, although highly appreciated in Paris, Barcelona, Prague, Vienna and Brussels, did not outlive the First World War.

VALIDATE CANCEL
You will receive an email with instructions on how to reset your password in a few minutes. 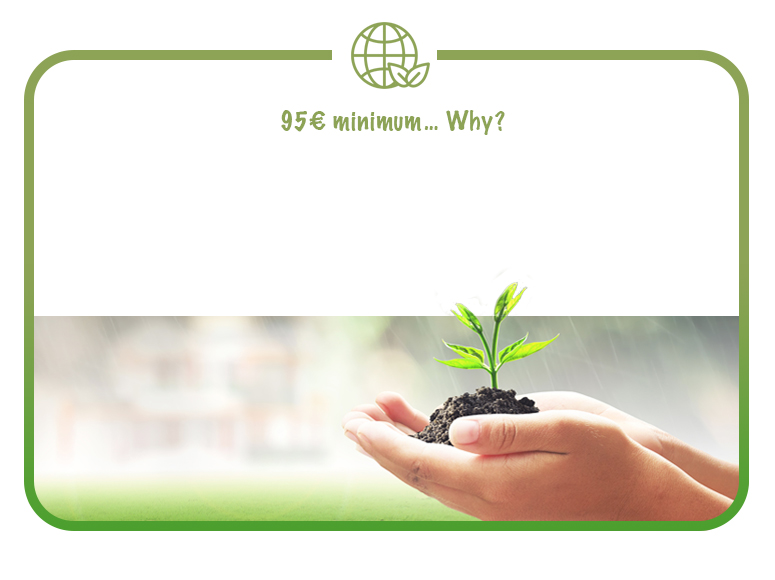 Online shopping is convenient and fast, but it also has a big impact on the environment.
Too many small deliveries, cardboard and plastic packaging, delivery trucks, traffic jams...

Think of tomorrow, reduce your ecological footprint and group your purchases:
One single transport, one single packaging.

Thank you for your support and understanding.
>>Read more about the impact of online sales on our environment
Cookies help us deliver our services. By using our services, you agree to our use of cookies. Learn more